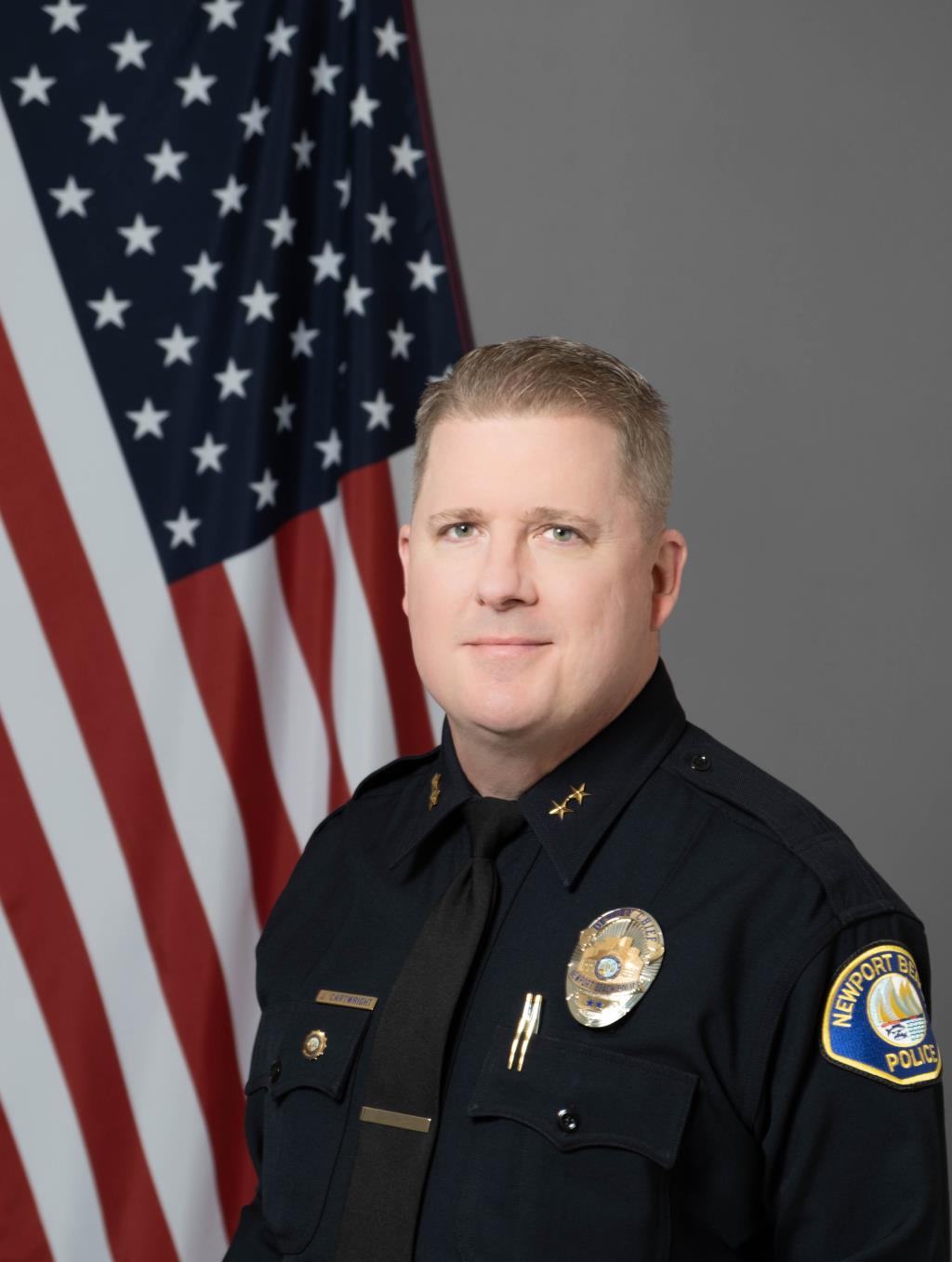 Acting Chief Cartwright began his law enforcement career with the Los Angeles Police Department in January 1999. In 2002, he joined the Newport Beach Police Department. He has worked in a variety of assignments, including patrol officer, accident investigator, Economic Crimes detective, Crimes Against Persons detective, and Crisis Negotiation Team member. In 2010, he promoted to the rank of sergeant and worked as a Patrol sergeant, Field Training Program sergeant, Crisis Negotiation Team supervisor, and Professional Standards Unit sergeant. In 2014, he promoted to the rank of lieutenant and served as the Area 4 commander, Area 2 commander, Jail manager, Traffic Services commander, and executive officer to the chief of police. Prior to being appointed as the Acting Chief of Police, Chief Cartwright served as Deputy Chief of Police, Detective Division Commander.

Acting Chief Cartwright is a veteran of the United States Marine Corps and currently serves as the chairman of the board of directors for the Newport Beach 1st Battalion, 1st Marines Foundation, a non-profit 501(c)(3) which provides support and relief for U.S. Marines and their family members who are injured, ill, distressed, or otherwise in need of financial or other assistance. He is also a board member for Leadership Tomorrow, a non-profit organization of citizens and leaders who work together to make a positive impact in their communities.